When I first started this site, one of the reasons was to get back into restoring, customising and fiddling with guitars. 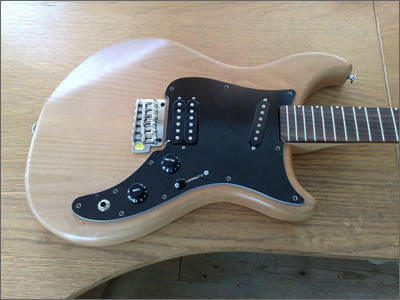 I have played around with guitars all my playing life (30 years this month!) as most of us players do. It is always useful to know how to fix your own gear, and sooner or later a pickup will need changing, or a machine head will break and all of a sudden you find yourself up to your eyes in bits of guitars.

Last year I was browsing Ebay and I found a Westone Thunder for sale in appalling condition. It really was the worst I had seen, with virtually every piece of it broken in some way. I bought it and restored it, and the story is on this blog here.

As part of Â the process during the restoration, I used my Twitter account to alert readers to new updates, and toÂ publicise this blog. I was contacted during the build and asked if I would be interested in restoring another Westone.

It’s a Westone Cutlass, which was built in the UK, not Japan in the late 90’s and is actually a really nice guitar. I have been researching them and I’ve put togther a short history of the Westone Cutlass here.

This one was in pieces, but complete when I got it with a few scratches and marks in the clear lacquer, and a small break in the scratchplate, near the bridge. Originally it was to be painted in the same colour blue as my Thunder, but after discussion we decided it would look better natural, in keeping with its original look.

Here are a few shots of the guitar as recieved, next installment will deal with the body refurbishment. 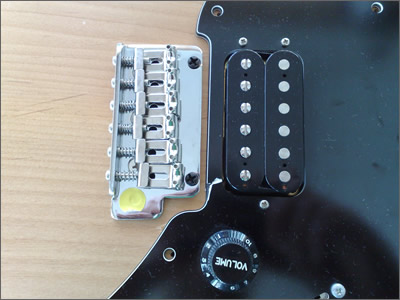 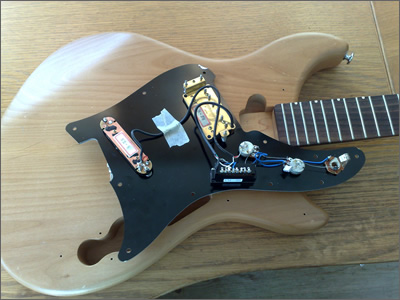 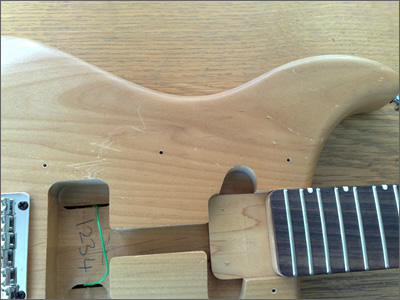 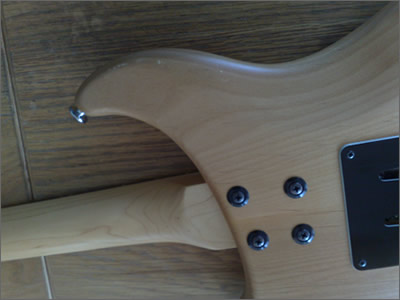 Hello, You’ll like these guitars, play and sound very good.
A good quality instrument. I have a Cutlass(nos)and bought a neck and body(nos) from FCN recently, they were the distributor at the time. found them in there warehouse.
Looking forward to your rebuild, you wont regret it,
Cheers Daim.

Hi, Just realized. Get Musical is the old FCN. Same as , small world. Same rebuild. Have one complete. If you find they have other parts please let us know. Cheers for now.

I’ve just done the exact same thing except with a corsair model i think (2 singlecoils and humbucker) that I got from FCN. Now all done and its a brilliant guitar couldn’t ask for a better neck. Do you still have the guitar above? could you trace the pickguard as im looknig to get one made??
anyhoo one thing i have noted about the corsair i have is that the switch is located on the body not on the guard as shown in all their old pics and ad’s for these guitars, weird huh?

did the competition to win this guitar already run? Hope I havn’t missed out on a chance of getting my hands on it!

I have a guitar that looks identical to this Cutlass that I bought in a guitar shop in Chester in 1992. It was badged as a Westone Prestige, with the serial no. WP00048. I guess this dates these guitars to the early 90’s rather than the late 90’s. I remembr the shop’s owner at the time saying they were new, and that the old Westones had gone out of production.

I can confirm that that Eric is correct, these sold about 1992 ( early 90’s ). Mine is S/N WP00078, purchased in Solihull. Its still good no wear and cost Â£399.00. the strings were originally 9.5’s, very light action I have subsequently had to fit 10’s. Can play anything from Metal to Jazz. Would have benefited from a coil tap but very usable. The cutlass can be played for hours without any strain, they are light comfortable and well built. I’m open to offers on this guitar over Â£500. I have played lots of guitars last 30 years these are very good and they are different .