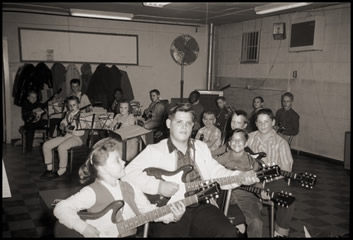 I have one of the Epiphone Dwight model guitars. Batwing with tremolo.

anybody know where I can find parts for a dwight?

Check out killervintage guitars for parts, guy told me my 66 Dwight batwing silver fox was worth 3k

I grew up on 13th and State Street in East St. Louis. If the building still stands I am sure my nose print is still on the front glass looking in.

Hi,
For the guitarists who may be interested, I own the “Dwight” Trademark and build Dwight guitars in England. I can be contacted at dwightguitars@hotmail.com. Pics are available.
Thanks!

[…] f'n ass..(though I truly believe a black pickup ring should be on it..) On the Dwight name: (past)Dwight Guitars | Guitar Collecting Present:https://reverb.com/item/1284087-dwig…FQoKaQod190PlQ The Eliminators bada$$ kid […]