Dave Carroll has released the second of three videos in this now world famous saga. This one is about the now legendary “Ms Irlwig”…enjoy 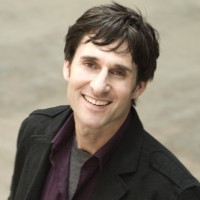