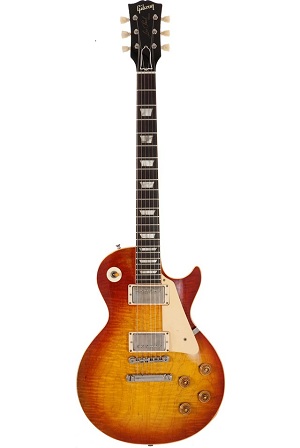 A 1960 Gibson Les Paul Standard Cherry Sunburst electric guitar, one of the most sought-after modern stringed instrumented ever made, proved its worth at $131,450 to lead Heritage Auctions’ $1,682,831 Signature Music & Entertainment Auction, Feb. 20. All prices include 19.5% Buyer’s Premium.

“The 1960 ‘burst is exceptional even by Les Paul’s standards,” said Jonas Aronson, Director of Vintage Guitars at Heritage. “It’s got everything a collector could want – name, style and a beautiful sound – and the price it realized is reflective of that quality.”

Acoustic guitars proved an important part of the stringed instruments section of the auction, and no one name more so than that of C.F. Martin, as a pair of vintage Martin acoustic guitars combined for almost $75,000, with a 1931 Martin OM-28 Natural acoustic orchestra model, #47403, in its original state, with a $46,306 price realized, followed by a striking 1937 Martin-D-18 Sunburst Acoustic, #68135, more than doubled its pre-auction estimate to finish the day at $28,680.

The name of Fender was well-represented in the auction, with two classic examples performing well beyond their pre-auction estimates. A 1957 Stratocaster Sunburst solid body electric guitar, #22744, in all original condition, brought $21,510 against a $5,000+ estimate, while a 1959 Fender Telecaster Blonde solid body electric guitar, #38272, brought $20,913, against a $6,000+ estimate.

In what was the sleeper of the guitar auction, a fantastic 1961 Rickenbacker 4001 Fireglo Solid Body Electric Bass Guitar, #AK685 – a gorgeous example of this famous model, that can be traced definitively back to the first month of the first year of Fireglo production, brought $19,120, almost five times its pre-auction estimate. 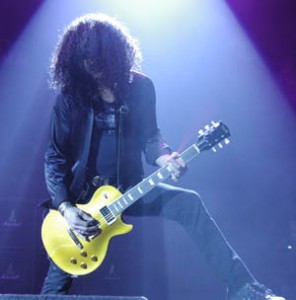 Very sad to hear of the death of Gary Moore earlier today.

He had such a great tone and feel, “Still got the blues” is one of my all time solos. Here is another great track of his as a little tribute.